I have baked both coconut and cocoa cake before, however I have never baked them together as one. I found this recipe for a cocoa and coconut cake in my mom’s recipe book. The recipe itself seemed interesting if a bit simple. I thought that I would diversify my cake a bit by adding some cream to it. I did not want the cream to overwhelm the cake too much, so I chose fruit based cream. So, I made a custard and butter based cream with pineapple. It was good that I added the cream because without it the cake would have been too dry.

Ingredients for cocoa and coconut cake.

How to make cocoa and coconut cake.

Cocoa cake: put the soft margarine, water, icing sugar and cocoa into a bowl, dissolve it in a microwave, then mix and cool it down.

When the cocoa mass is cold, add one egg yolk to it at a time while whisking with a mixer. After that, add the sifted flour mixed with baking powder in small batches. Finally, add the whipped egg whites by gently folding them into the cake batter, then pour the cake onto a baking tin.

Coconut cake: whisk the egg whites until stiff peaks are formed, after that, start adding the icing sugar in small batches, while carrying on whisking. Finally, add the coconut by gently stirring it into the egg whites with a wooden spoon.

Put a small spoonful’s of coconut cake batter randomly on the cocoa cake batter previously placed in the baking tin. Put the cake in an oven preheated to 180 degrees Celsius and bake for 35 minutes. Let the baked cake cool down, then cut it once across.

Pineapple cream: blend the pineapple with its juice until a homogeneous mass is formed. Take out half a glass’s worth of it, then add egg yolks, pudding powder and potato flour to it and mix. Add the sugar to the remaining pineapple puree, put it on the heat and bring it to boil. When the pineapple puree starts boiling, add the pudding from the cup. Mix thoroughly, bring it to boil again, then cook for one minute on a small heat. Let the custard cool down.

Cream the butter until it is fluffy, soft and almost white. When done, add the cold pineapple custard in small batches to it, while carrying on mixing.

Assembling the cake: spread the pineapple cream on the first half of the cake and cover it with the remaining cake part. Place the assembled cake in the fridge. You can also dust the cake with icing sugar on top.

Good to know when making cocoa and coconut cake.

The baking tin I used was rectangular and measured 20 by 30 centimetres.

Do you like pineapple? If so, try our recipe for Red cabbage and pineapple salad. 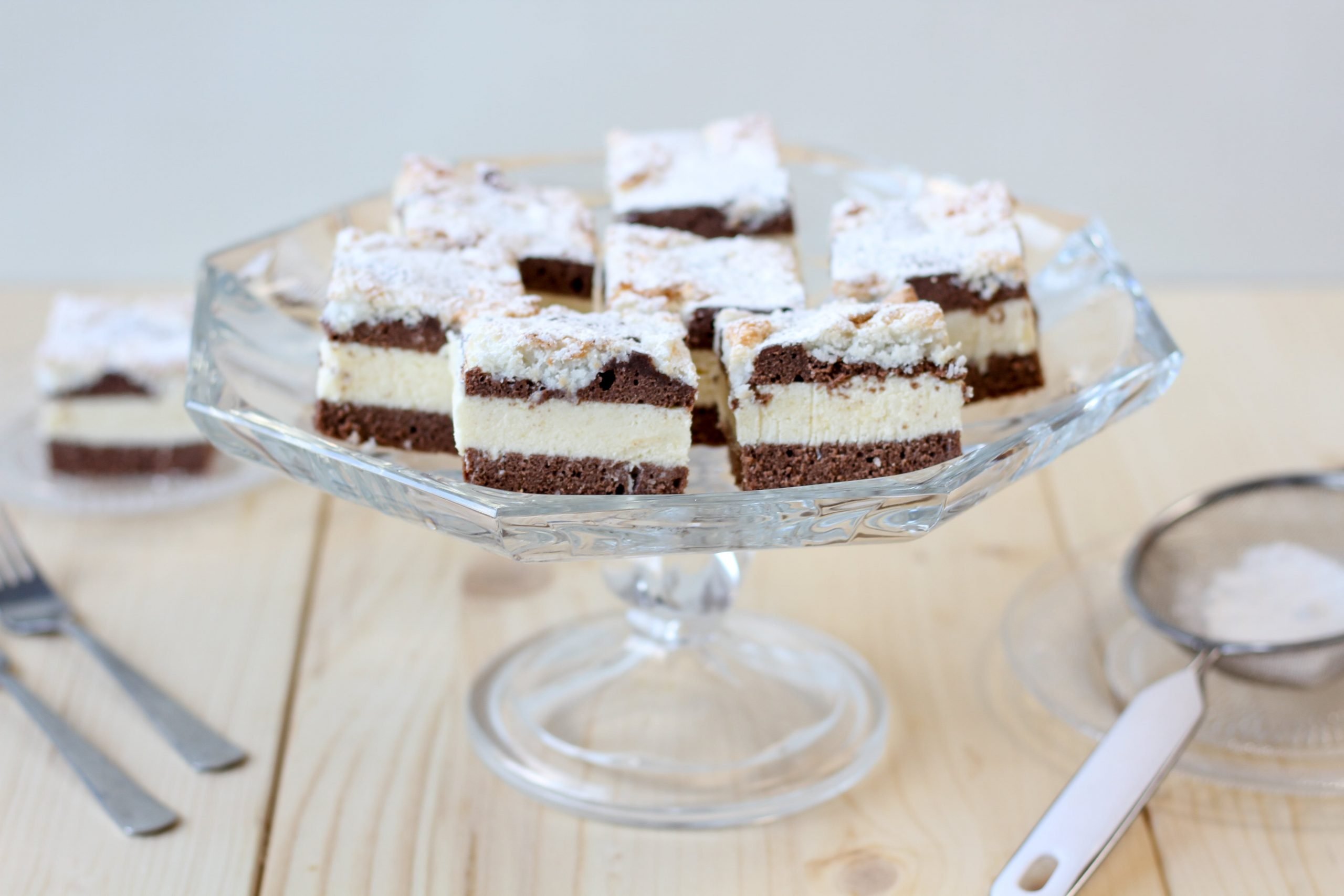