I use white asparagus mainly for soups. Up until now I did not do anything else from it.

On the other hand, green asparagus is a common guest in my kitchen. I stuff chicken breast with them, I cook them al dente and serve with hollandaise sauce or I use them for soups.

In my opinion, white one has a less intense flavour than the green one, so it is worth combining it with ingredients with very strong flavour such as Parmesan cheese, which sharpens their taste.

How to prepare white asparagus soup.

Cook the asparagus in a vegetable broth until it becomes tender. Gently fry the sliced onion on olive oil in a separate pan (on medium head until they have a golden colour). Cut the cooked and then slightly cooled asparagus into smaller pieces, add them to the onion and pour all the vegetable broth, in which the asparagus was previously cooked. Add salt, pepper and cook for 5 minutes on a low heat. At the end of cooking, add the Parmesan cheese. Blend it and put it through a thick sieve. Serve the soup with some pine nuts and fried bacon.

Good to know when making white asparagus soup with Parmesan.

White asparagus is quite fibrous so it is best not to use its lower parts. Bend the veg until it breaks, and use only the upper part (above the braking point).

Do You like vegetable soups? Check our recipe for Butter bean soup 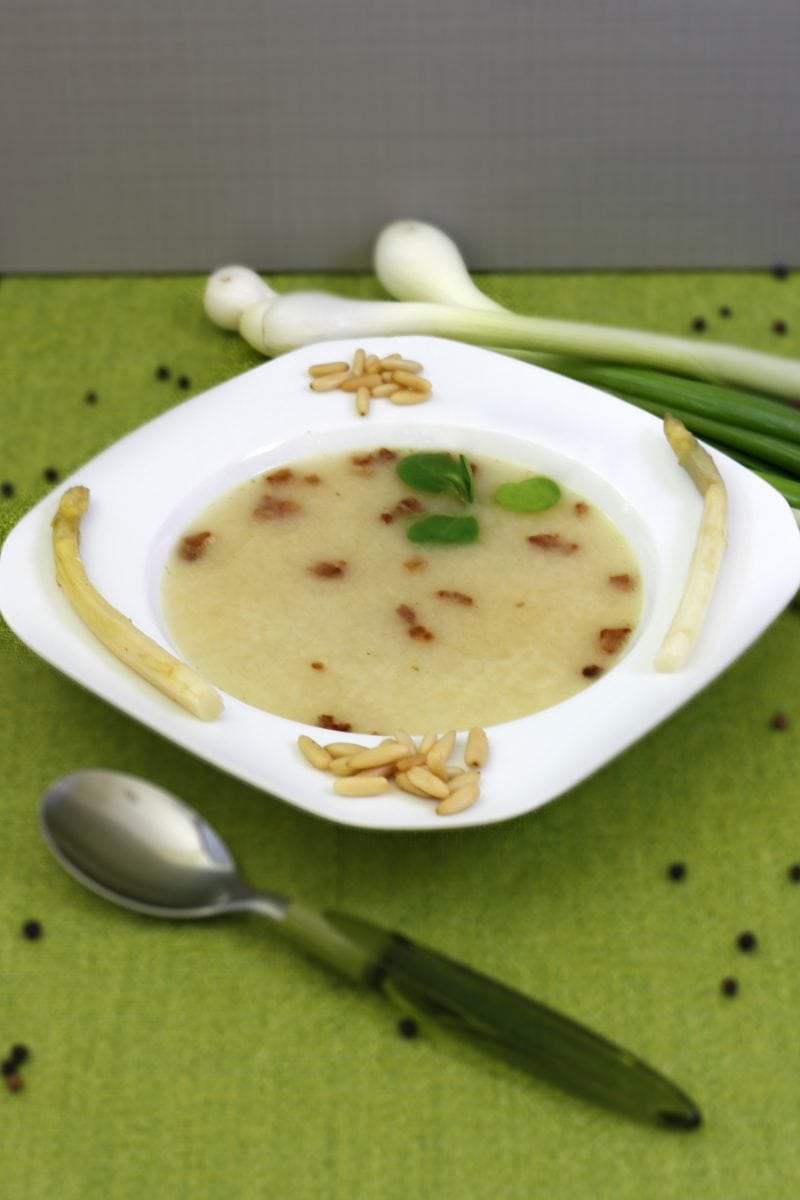