Roasted bell pepper cream with Greek yogurt and feta cheese is a great addition to baked vegetables, cheese and bread. The cream is based on red bell pepper, which is first roasted in the oven, then mixed with the remaining ingredients of the cream. The peppers can also be grilled, which I do sometimes, because I really like it when their peel is slightly burnt. Such a burnt peel gives the pepper cream a unique flavour.

Wash the pepper, dry it, cut it in half and remove the seeds. Brush each half of the pepper with oil and place it with the skin side up on a baking tray. Put the tray in an oven preheated to 190 degrees Celsius for an hour. Allow the baked pepper to cool down, then cut it into strips and put it in a blender. Add chopped feta cheese, yoghurt, mashed garlic, chili flakes, salt and pepper. Blend. Put the roasted pepper cream in the fridge for 30 minutes, as this will allow it to thicken a bit.

I always place an aluminium foil on the baking tray on which I bake my peppers. Thanks to that, it will be easier to clean the tray after baking the peppers.

I did not remove the peel off the pepper, I blended it as well as a part of the cream. However, if you decide to remove the peel from the pepper, it is best to do it in the following way: remove the pepper out of the oven and cover it with foil first, then set aside for 10 minutes, after which you can remove the skin, which will actually come off almost by itself.

Do you like dishes with bell pepper? If so, try our recipe for Peppers and eggs spread. 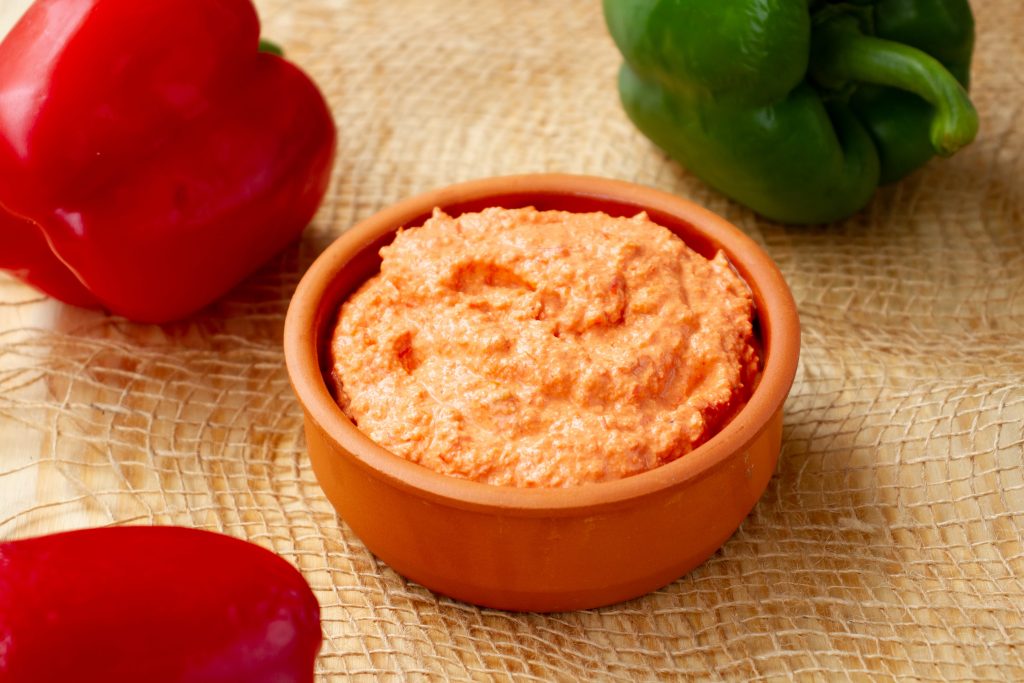