Lazy dumplings, also known in Polish as “lazy pierogis” or simply as “lazy”, are large dumplings made of flour, cottage cheese and eggs. Lazy dumplings are a simple and cheap dish to prepare. They work well when served for dinner and as a dessert. This dish can be served both sweet or savoury. In the sweet version, they are most often served with whipped cream, sugar, fruit and cinnamon. In the savoury version, lazy dumplings are served with sour cream and topped with butter fried breadcrumbs. Lazy dumplings taste delicious when served as a main course, but they can also be served as an addition to other dishes, such as fish stew. I recommend trying the below recipe for lazy dumplings, and I hope you will enjoy it.

How to make lazy dumplings.

Put the cottage cheese, eggs and 1/4 teaspoon of salt into a bowl. Using a fork, first mash the cheese, then mix everything well. Subsequently, gradually add the sifted flour and make a dough. Put the dough on a pastry board lightly sprinkled with flour, knead it for a few more seconds, then divide it into four parts. Form long ropes with a diameter of 3 centimetres from each part and slightly flatten them along their entire length with the side of a knife. Cut the ropes of dough into diagonal pieces, each being 3.5-4 centimetres long.

Pour water into a large pot, add 1 teaspoon of salt and bring it to a boil. There should be quite a lot of water in the pot, so that the dumplings can swim freely in it and not stick together. Carefully put the lazy dumplings on the boiling water. Reduce the heat to low, cover the pot with a lid and let the dumplings float to the surface of the water. At that point, gently stir them and simmer them for about 2 minutes. Transfer the lazy dumplings into a colander using a slotted spoon, pour cold water over them and let them stand for a moment.

Put the butter on a frying pan and melt it. When the butter is liquid, add the breadcrumbs and fry it together over a medium heat for about a minute. Serve the lazy dumplings warm, drizzled with the fried breadcrumbs.

I mashed the cottage cheese well with a fork, I did not pass it through a mincing machine. If you want to achieve an almost creamy consistency for the lazy dumplings, grind the cheese at least once in a mincing machine.

After placing the dumplings on the boiling water, it is necessary to reduce the heat to low or medium. Otherwise, if the water with the dumplings boils too intensively, the dumplings will simply fall apart as they cook.

Do you like dishes with cottage cheese? If so, try our recipe for Cottage cheese with radish and chives. 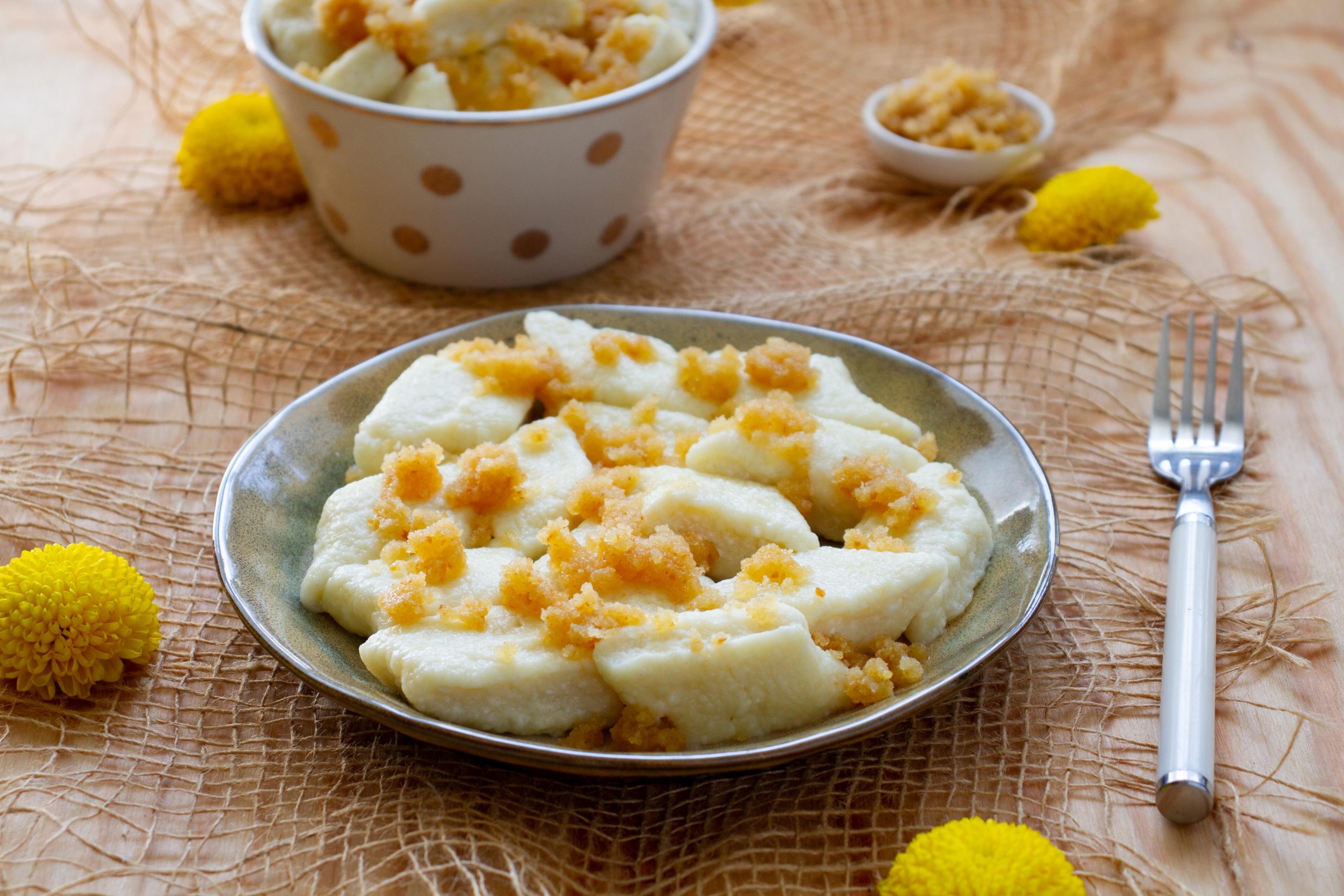