The combination of meat and fruit is well known to me and I like it very much. For example, ham stuffed with apricot or plum tastes fantastic.

Speaking of plum, I decided to add it to this dish. It gave it a delicate, slightly fruity flavor. Simply sensational.

Ingredients for pork roulades with plums.

How to prepare pork roulades.

Break the pork loins into thin slices with a meat pestle. Sprinkle both sides of each slice with salt (one teaspoon of salt altogether) and spread a spoon of Dijon mustard on each. Mix the minced meat with 1/2 teaspoon of salt in a bowl. Make six equal-sized balls from the minced meat. Put a half of a plum in the middle of each ball. Place the meatballs on the mustard-laden pork chops. Wrap each meatball in a pork chop. You can start from one side and roll it like a roulade or place the meat in the middle and wrap it from the sides. Then cover each roulade with two slices of bacon. The bacon should be thin and long enough so that the meat can be fully covered. Wrap the slices well in a cross shape, first from the sides then from the top and the bottom. Arrange the finished roulades in a baking dish. Pour the vegetable stock and add the remaining sliced ​​plums and fresh rosemary. Cover the whole dish with an aluminum foil. Bake for one hour and twenty minutes in an oven preheated to 180 degrees Celsius.

Good to know when making pork roulades with plums.

Dijon mustard can be replaced with English mustard, but then you should add a bit less because it has a fairly spicy taste.

Do You like pork? Check our recipe for Pork chops with feta 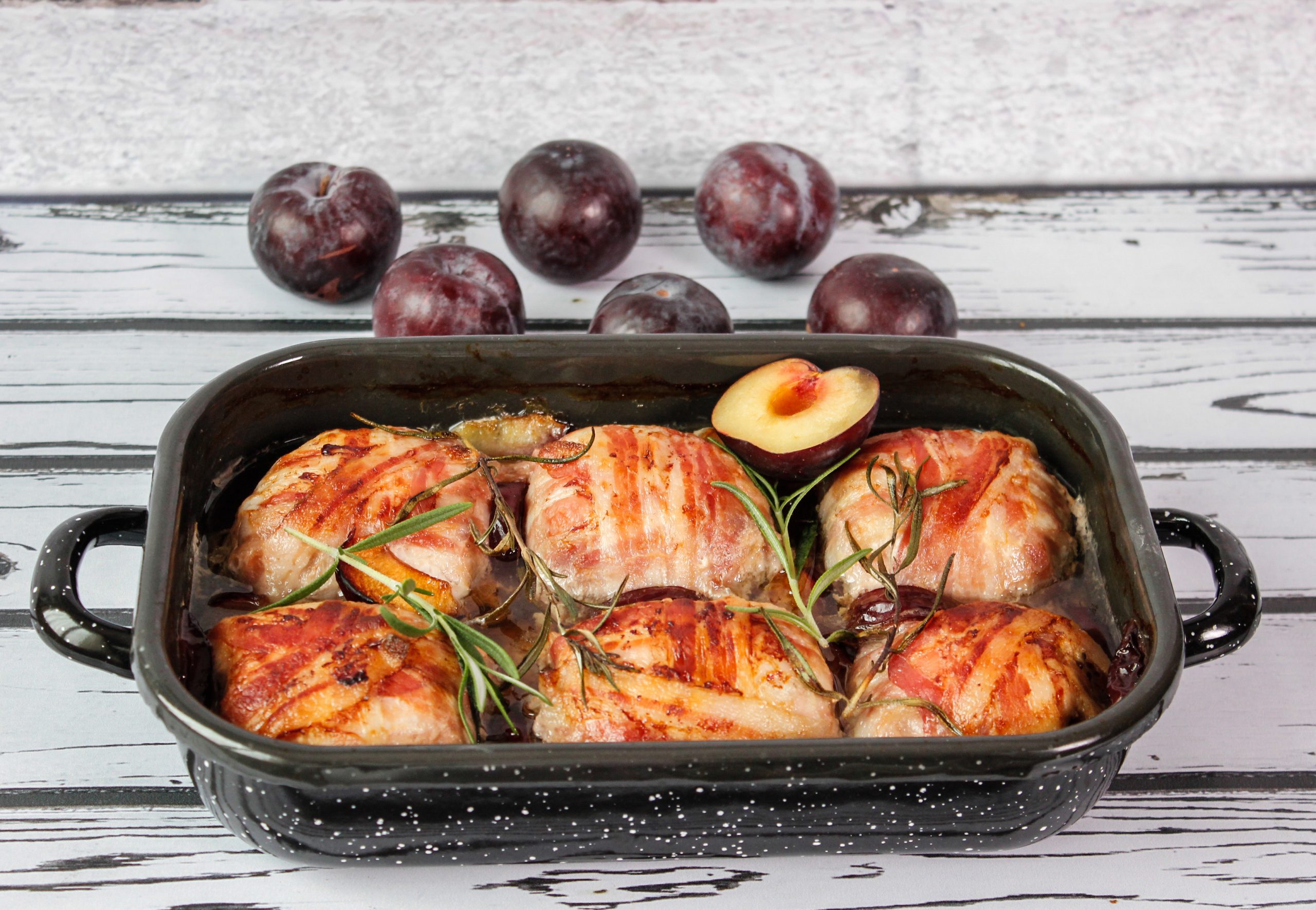