Pak choi, otherwise known as Chinese cabbage, is a vegetable originating from Asia. This cabbage has a white tuber, green leaves and a slightly peppery flavour. As a vegetable, it is perfect as an ingredient in soups, an addition to pasta and stir fry. The extras that go well with pak choi and enrich its flavour are undoubtedly garlic, ginger, green onion, honey, soy sauce and chili pepper.

How to make grilled pak choi.

Put the mashed garlic, soy sauce, olive oil and grated ginger into a bowl, then mix. Cut each pak choi into four parts and rub it thoroughly with the marinade from the bowl. Put a grilling pan on the heat, warm it up and arrange the pieces of pak choi on it when hot. Grill over a high heat for about four minutes or until the cabbage is lightly browned on both sides. Place the grilled pak choi on a plate, sprinkle with sesame seeds and serve while still warm.

Pak choi can also be grilled in an oven with a grill option. When grilling, the cabbage should be turned over.

Do you like dishes with soy sauce? If so, try our recipe for Oriental style chicken salad with pasta. 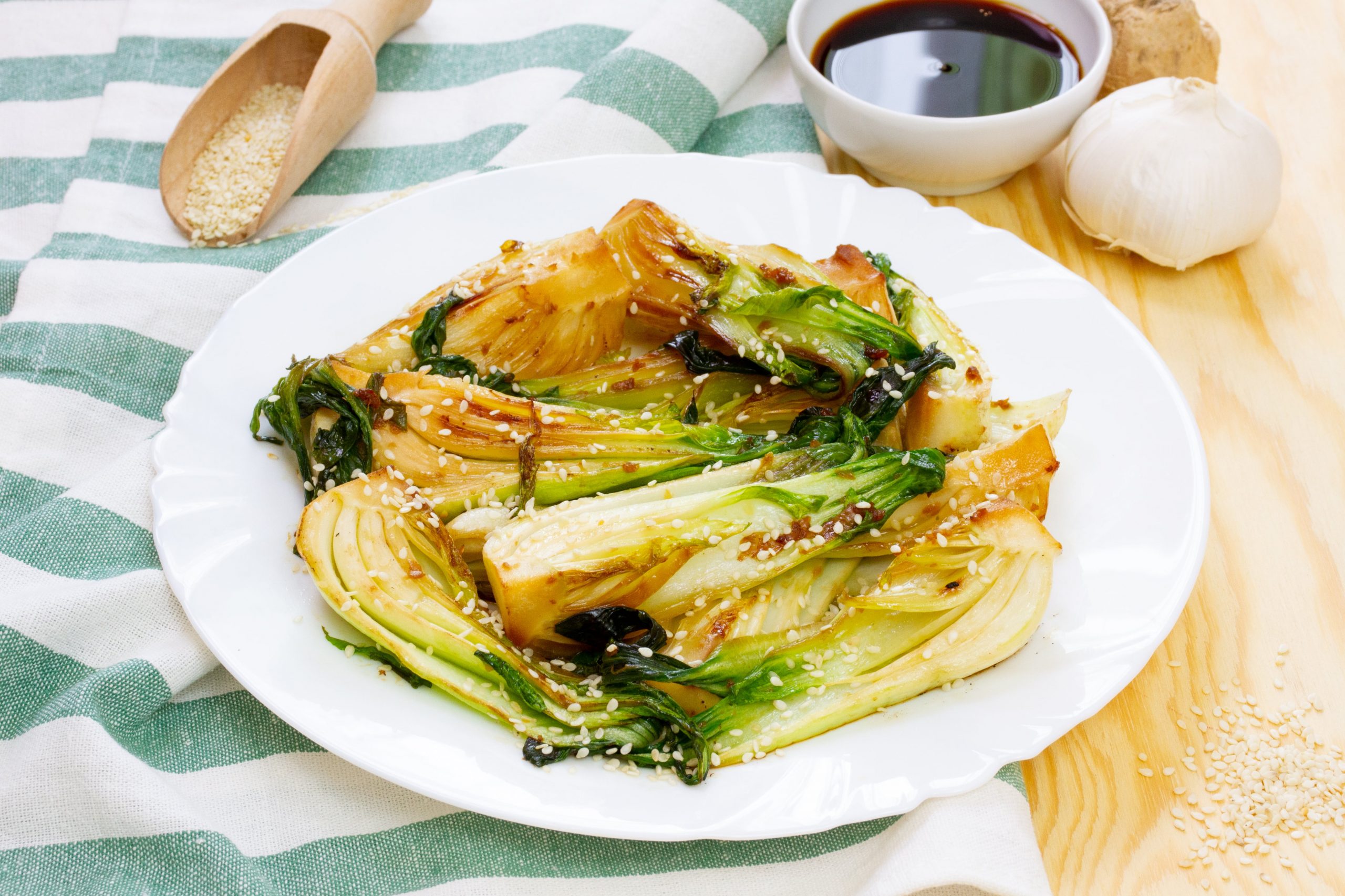