My holiday on the Adriatic this year was not only about the rest. I also tried to spend this time productively in the kitchen. The dishes that I created for lunches and dinners were based on fish and seafood. In Croatia, because that’s where I spent my vacation, you can buy fresh fish, shrimps, cuttlefish, octopus, oysters and mussels in local markets. The choice is really big, the products are of good quality, which makes them taste fantastic. One such product I bought during my trip to the market was a tuna steak. The tuna meat was pinkish red, flaky, and had a lovely smell. I decided not to make a sophisticated dish out of it and opted for grilled meat instead.

Below, you may find a recipe for tuna steak. It is a grilled tuna steak, which I made using a grill pan. I just seasoned the steak with salt, pepper and oil. I recommend serving tuna steak with rice with chanterelles and a salad.

How to make tuna steak.

Rinse the tuna steak under cold, running water, dry it with a paper towel, then rub with oil, a little salt and pepper on each side. Heat the grilling pan very well – it should be very hot when you put the fish on it. When the pan is hot, place the steak on it and grill it, depending on its thickness, between 2 and 2.5 minutes on both sides all together.

When it comes to grilling tuna, I personally only use fresh, raw meat, I do not grill frozen steaks.

When grilling tuna, be careful that keeping it on the grill for a few more seconds will make the meat dry. A properly grilled steak is should have a browned outer layer and a juicy, raw center. If you’re not into raw meat, grill your steak a little longer. The center of the meat should still be slightly pink, but at the same time it should be almost cooked.

The tuna steak can be grilled on a grilling pan, in an oven with grill function or on a garden grill. Regardless of the chosen method, it is important for the meat to be thoroughly drained of water before it is put on the grill. It is best to dry the meat with a paper towel. If you use a garden grill before placing the meat on it, it is worth rubbing the grill with a little oil. There should be oil on the meat itself. Arranging the meat without rubbing with oil will make the meat stick to the grill, regardless of the temperature at which it is grilled.

Do you like tuna? If so, try our recipe for Tuna and pineapple salad. 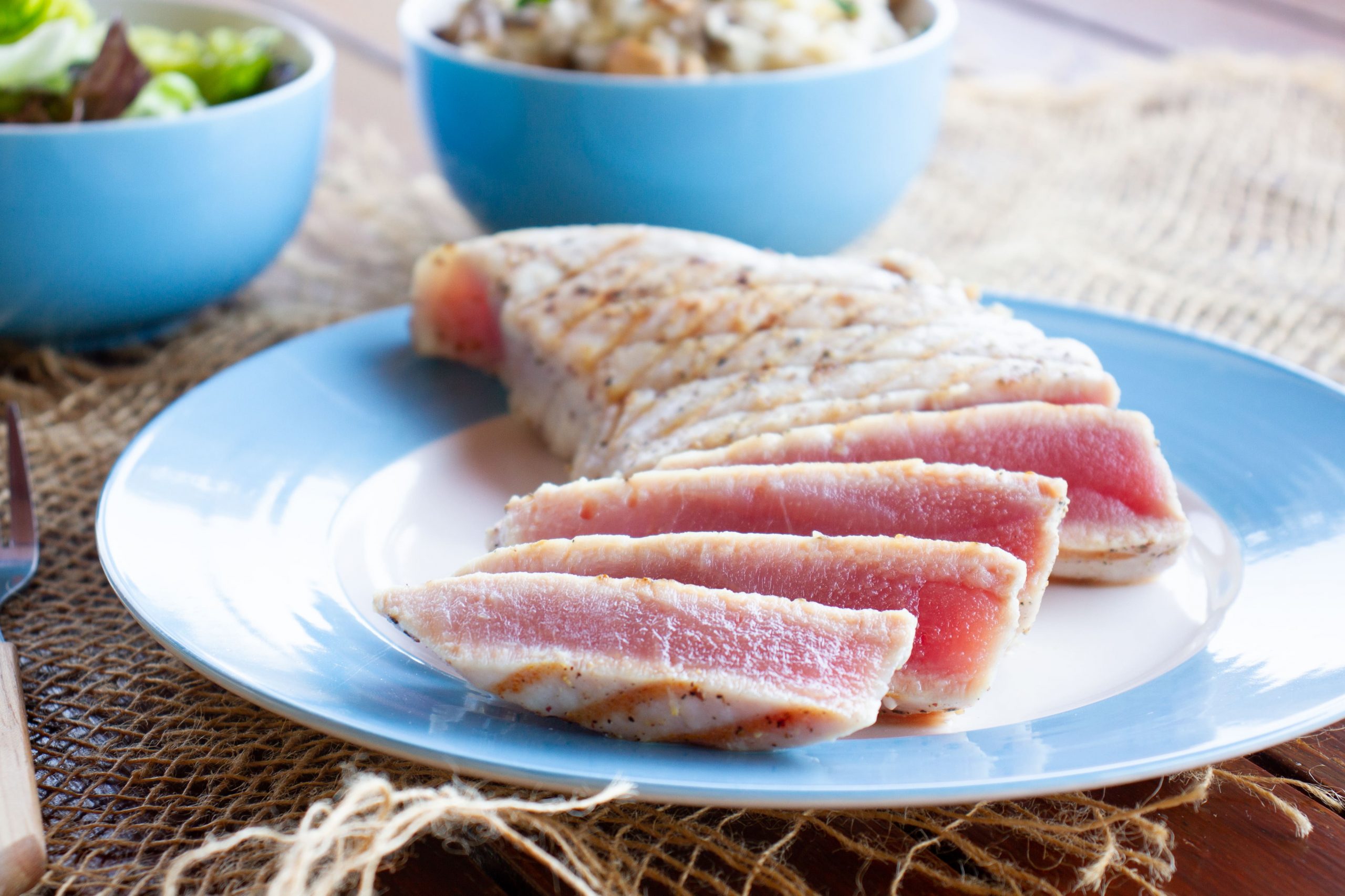