Cordon bleu is a dish originally created in Switzerland. It is a schnitzel wrapped in cheese and ham, then coated in eggs and breadcrumbs. Mainly veal is used but chicken and fish can also be prepared in such way. This time, fish was my first choice. I combined it with ham, cheese but also added some bacon, which accompanied the fish really well. I served the dish with mushy peas. You can serve it with chips, mashed potatoes and many other additions.

How to make fish cordon bleu.

Defrost the fish cubes, drain any water from them, then sprinkle them with salt and pepper.

Grate Gruyere and Gouda cheese on a large-mesh grate, then mix them. Place some of the cheese mix on each fish cube then cover them well with a large slice of ham. After that, wrap each parcel with long, thin slice of bacon.

Crack the eggs on a plate and beat them with a fork. Pour breadcrumbs on a separate plate. Dip the fish cubes twice, first in the egg bath and then in the breadcrumbs.

Heat the oil in a frying pan and when hot, lay out the breaded fish cubes. Fry them over a medium heat until golden brown on both sides.

I used frozen fish cubes as I had them at hand. If you have fresh fish, you can use those of course.

I bought the bacon already sliced and its slices were very thin and quite long. It is important as thanks to such slices the fish can be properly wrapped.

Do you like dishes made with fish? If so, try our recipe for Fish with vegetables. 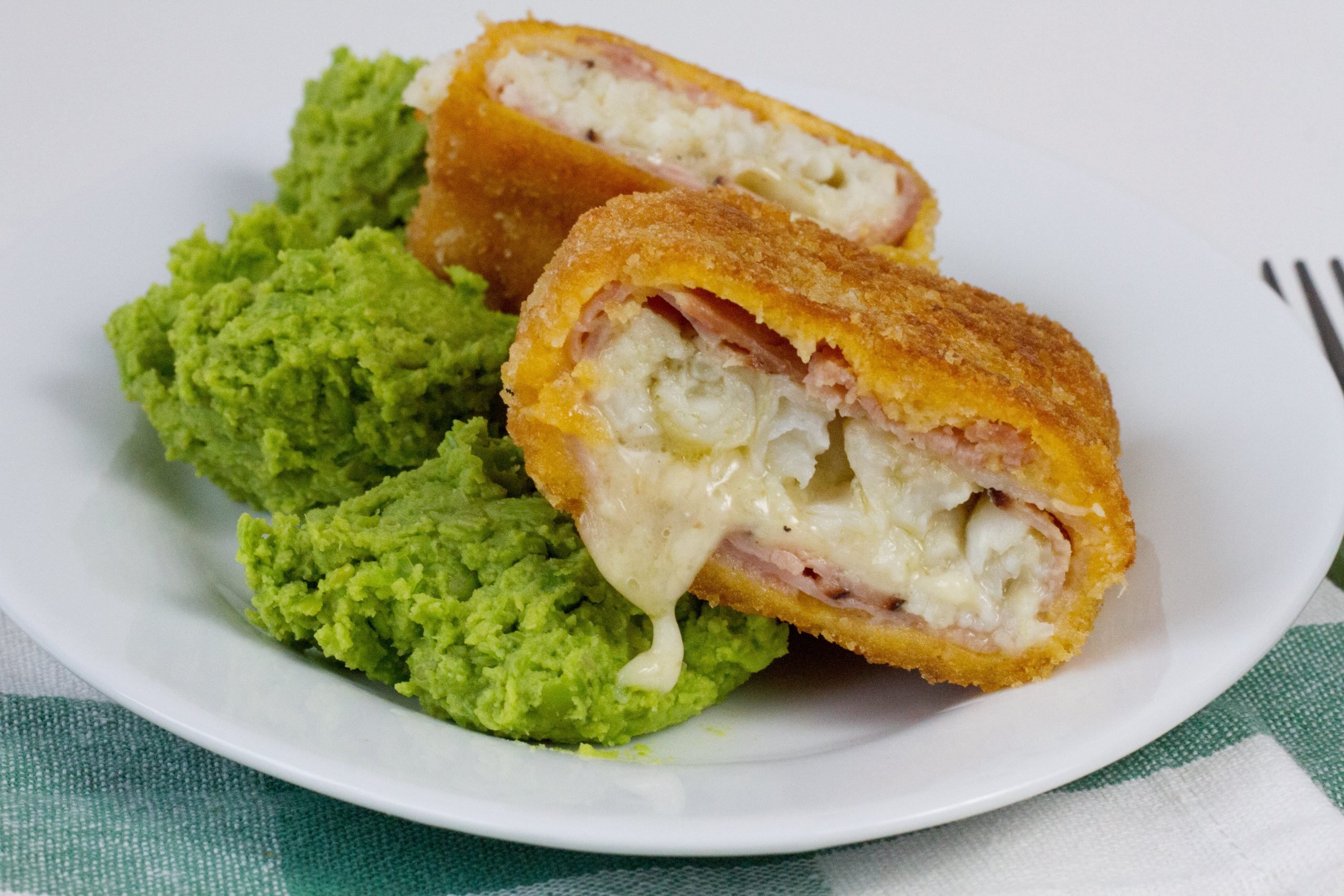 Red lentil dahl with tomatoes and onion. Recipe on