When the fig season comes, I always get a good amount of this fruit from my grandma and parents-in-law. I eat them fresh, add them to cakes and salads. I like them best when combined with an intense type of cheese whose flavour goes perfectly with the sweetness of the figs. If you are not sure what you can prepare from figs, here are some suggestions:

Greek yoghurt with figs and pomegranate is probably one of the fastest desserts you can ever make. Its preparation takes less than 5 minutes. It works great not only as a dessert, but also served for supper or breakfast. To prepare this yoghurt dessert, I have gone for Greek yoghurt. It has a thicker consistency than natural yogurt and works better in desserts. I combined the yogurt with sweet figs, sour pomegranate, crunchy pistachios and a bit of honey. This dessert not only tastes delicious, it is also a real vitamin bomb. If you haven’t tried this yogurt-fruit combination, be sure to check out the recipe for Greek yogurt with figs and pomegranate below.

Ingredients for Greek joghurt with figs and pomegranate.

How to make Greek yoghurt with figs and pomegranate.

Wash the figs, then cut each into quite large pieces. Use a knife to chop the pistachios into medium-sized chunks. Remove the seeds from the pomegranate.

Put some yoghurt, a few pieces of figs and a few pomegranate seeds into a cup. Sprinkle with half of the chopped pistachios and a little honey. Prepare the second layer in the same way, i.e. yogurt, fruit, nuts and honey again. Serve the Greek yoghurt with fruits, immediately after preparation, because that is when it tastes best.

Good to know when making Greek yoghurt with figs and pomegranate.

Two portions of dessert are obtained from the given amounts of ingredients.

This yoghurt dessert can be served in a bowl or a cup. I suggest making it in a cup, as it presents very nicely.

I always remove the grains from the pomegranate by tapping it with the blunt side of a knife.

Do you like figs? If so, try our recipe for Gluten-free bars with figs. 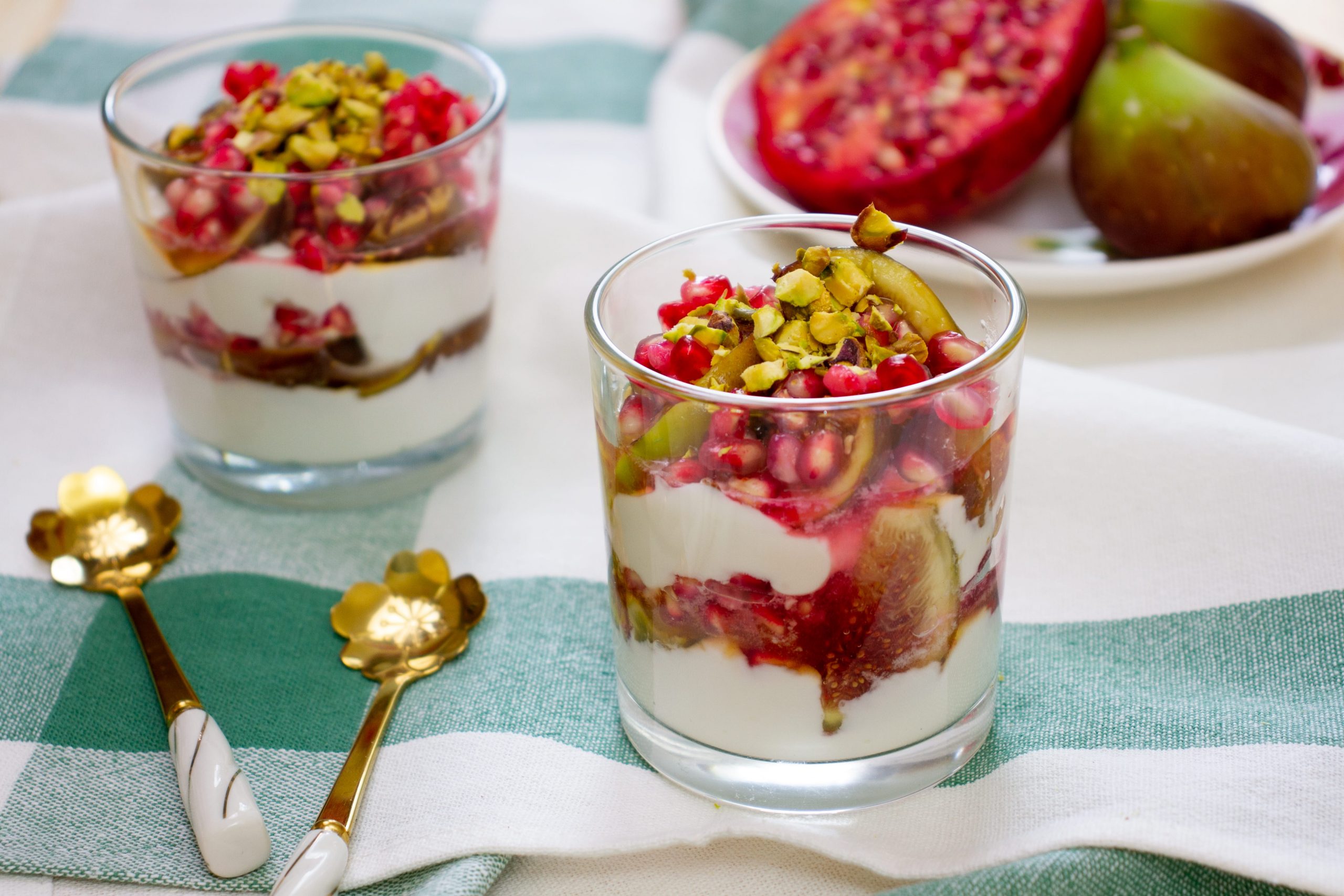