I recommend carnival roses to those who like to combine a crispy dough with fruit jam. In addition, the roses present beautifully on a plate and by looking at them you immediately want to eat them 🙂

How to make carnival roses.

Sift the flour into a bowl, add vinegar, egg yolks and sour cream. Knead the dough. Place the finished dough on a pastry board and roll it out to a thickness of one centimetre. While rolling, hit it gently with a rolling pin, to help the air get into the dough. Fold the rolled out dough into a square-shaped block and roll it out again. Repeat these steps 4 times. During this process, air bubbles should form in the dough. After the last folding of the dough, cover it with cling film and place the dough in the fridge for 30 minutes.

Next, take it out from the fridge, roll it out to a thickness of 1-2 millimetres, then cut circles of three different sizes from it. Score the bigger ones a few times, leave the smaller ones as they are. Stack the circles by three on top of each other, starting with the biggest one as the base, then place the medium one and the smallest one on top. In order for the dough circles to stay well together, gently brush them in the middle with egg whites. After folding the circles, press them in the middle with your finger, so they keep their shape during frying. This will also help creating a little hole in the middle, which later can be filled with jam.

Heat up the the oil in a wide pot and once hot, reduce the temperature to medium and put the roses in. Best is to place them on the oil in such a way, that the bottom of the roses is up and the top is laying on the oil. Fry until golden brown on both sides, turning them half way through the frying.

Remove the fried roses, and place them on a paper towel to let them drain. When the roses are cold, put the jam on the top of each on the and sprinkle them with icing sugar.

I used vinegar with an acidity of 20%.

You can use fruit jam or marmalade to top up the roses.

I fried the roses on sunflower oil but you can replace it with lard or rapeseed oil fi you want to.

Do you like fried desserts? If so, try our recipe for Sweet quark cheese rings. 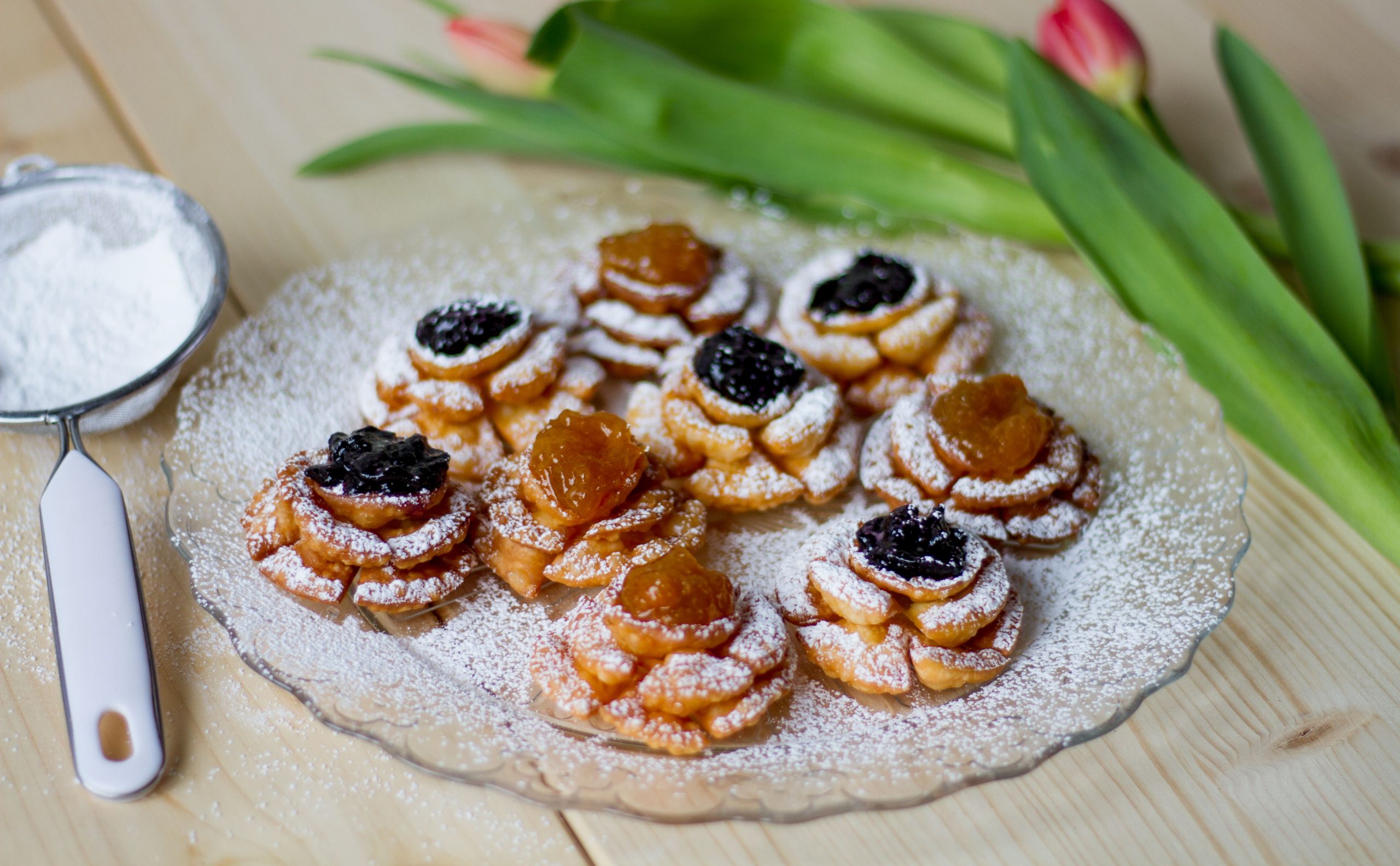