Burrata is an Italian cheese made from mozzarella and cream. It is characterised by a soft center and a solid outer layer. Burrata cheese can be served with olive oil, bread, pasta or as an ingredient on pizza or in salad.

The following burrata recipe is a combination of cheese with cocktail tomatoes and tamarillo fruit. The whole thing is accompanied by a light basil dressing, sprinkled with pine nuts and served with a crispy baguette.

Ingredients for burrata and tomatoes.

How to make burrata with tomatoes.

Place the tamarillo fruit in a bowl, pour boiling water over it and set it aside for 5 minutes. Then drain off the water, remove the skin and cut the tamarillo into small cubes.

Wash the cocktail tomatoes, dry them and cut them into small quarters.

Put the chopped tomatoes and tamarillo in a bowl, and place the burrata cheese on top of them. Combine olive oil, chopped basil, salt and pepper in a cup. Pour the dressing over all the ingredients in the bowl and sprinkle the dish on top with roasted pine nuts. Serve the burrata with grilled baguette slices.

Good to know when making burrata with tomatoes.

Before pouring boiling water over the tamarillo, make an incision with a knife. This will help remove the skin from the fruit faster. After removing the rind, the soft layer that is directly underneath it should also be removed, as that layer is quite bitter.

Roast the pine nuts in a pan over a very low heat for about 3-4 minutes.

If you don’t have tamarillo, use only cherry tomatoes in this recipe.

Do you like dishes with cocktail tomatoes? If so, try our recipe for Pasta salad with tomatoes and spinach. 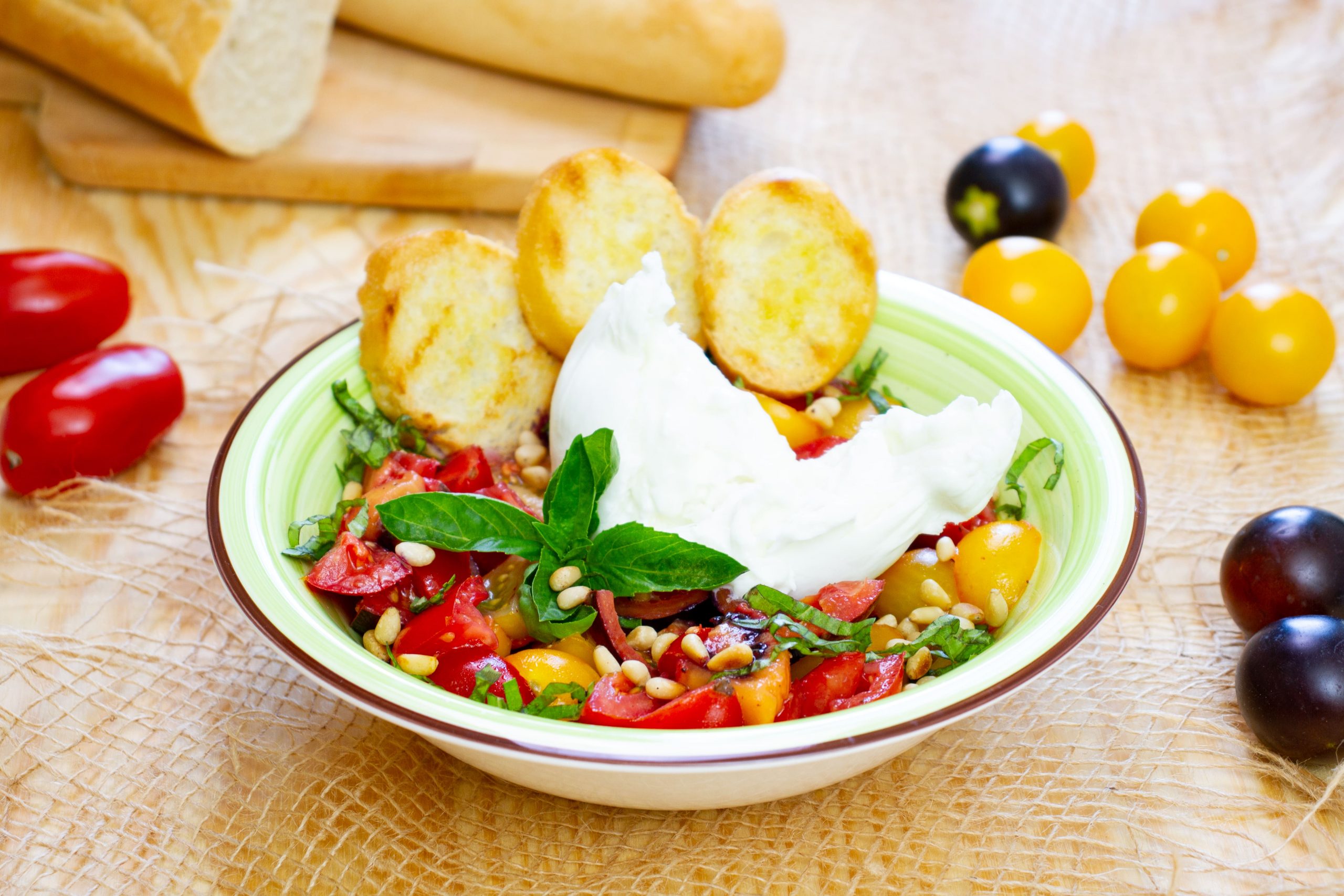